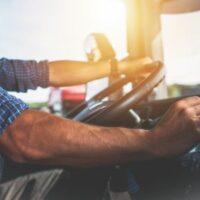 Recently, two trucking companies were hit with a $1 billion ultra-nuclear verdict after it was discovered that one of the drivers who caused the accident did not have a valid CDL. This led to some questions as to what a trucking company’s duty of care was to the public. A second truck driver entered the fray striking one driver and killing him, an 18-year-old. The second driver was unable to speak or read English in violation of laws that require a driver be able to read.

Due in large part to the extreme negligence of both trucking companies, the family was awarded $1 billion in damages to be paid equally by both parties.

Negligent hiring is an allegation against a company that their failure to hire qualified staff resulted in some form of injury. Essentially, the plaintiff alleges that a company failed to hire, train, or supervise employees who were working in their capacity for the company. Something happens causing someone an injury and this can be directly traced to the company’s failure to hire or train qualified employees.

In this case, the failure to perform due diligence was so obvious that the jury returned a never-before-scene verdict in a truck accident lawsuit.

Pressure on the trucking industry

Ever since the pandemic, there has been increased pressure on logistics to prevent the supply chain from breaking. That was a major fear of the public when the pandemic first started. Would companies be able to get food and other necessities to communities during the shutdown? As it turned out, they could, and they did without issue. Nonetheless, the increased pressure required some trucking companies to hire on more drivers.

When a trucking company hires on a new driver, they are expected to ensure that they can actually operate a dangerous vehicle competently. This may mean having a supervisor with them on their first trips. Or it could mean passing a basic road test. They are, at the very least, expected to ensure their drivers have a CDL in good standing and failing that, they need to be able to speak English.

Due diligence for truck drivers

Right now, there are a lot of different pressures on a lot of different industries. One of those pressures has to do with the lack of staff or the lack of folks looking for jobs. With unemployment benefits set to run out, more people will be looking for employment. So the situation could change in the short-term for the better. But that is not a given, and trucking companies still have a duty of care to ensure that they are placing qualified drivers onto America’s highways.