$900 Million Verdict Entered Against “Ghost Company” That No Longer Exists 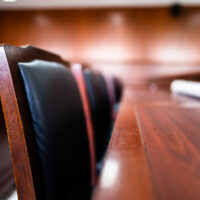 Will the plaintiffs collect their money?

They will collect some money, but not $1 billion. The insurer for the company has already likely paid out the policy maximum, and the company is no longer insured and/or does not exist. So their damages award may be far smaller than $1 billion. Maybe $250,000 at the most from both trucking companies for a total of $500,000. Some of the damages will be paid by the Canadian trucking company, although their DOT number is no longer active.

Nonetheless, the law firm gets to claim that they scored a $1 billion verdict against the trucking companies responsible for this accident, even though the jury only awarded them $100 million and the $900 million was only for not showing up to defend themselves. In other words, the lawyers presented an uncontested case to the judge who decided that the failure of the company to show up to defend itself was contemptible enough to tax them $900 million extra dollars.

Every time a new article reaches the airwaves concerning another trucking company losing $1 billion in a lawsuit, everyone takes notice. Civil defense attorneys that defend trucking companies in these lawsuits are aghast at a growing trend of “nuclear verdicts” entered against their companies. However, the trucking companies continue to cut corners when it comes to hiring and training drivers resulting in personal injury lawyers being able to make claims of gross negligence routinely. Unskilled or undertrained drivers represent a threat to everyone else on the road and some companies have lost multiple lawsuits making the same allegations.

In these cases, plaintiffs have alleged that supervisors fell asleep while training drivers, failed to train drivers, or violated hours of service restrictions. Trucking companies will continue to lose nuclear verdicts so long as their drivers are underqualified.

If you’ve been injured due to a negligent truck driver, call the Coral Gables tire defect attorneys at Halpern, Santos & Pinkert today to schedule a free consultation and discuss your injuries in greater detail.