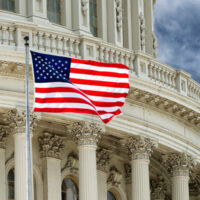 In 2017, a 17-year-old girl on her way to a Halloween party slipped off her seatbelt to slide closer to her friend and take a selfie. During that short period of time, the driver lost control of the vehicle and it flipped. The 17-year-old was killed instantly while her friends survived with minor cuts and bruises.

In 2012, the NHTSA had been directed to begin forcing car companies to install a safety feature that alerted the driver if any of the passengers in their backseat were not wearing their safety belts. The agency was given three years to act, and nothing happened. It is now 2021, and there is still no regulation in place requiring car manufacturers to include a safety feature that alerts drivers if their backseat passengers’ seat belts are unfastened. The girl’s parents wonder whether or not she would still be alive today if such a safety feature had been required before her accident occurred.

Today, there are roughly 12 safety regulations that have been mandated by law that have not been implemented by the NHTSA.

The slow wheels of bureaucracy

While dozens of pieces of legislation bottleneck on the NHTSA’s desk, the agency claims that they are criminally underfunded and don’t have the resources to keep up with changing standards. Part of that may be true. Whenever there is a government shutdown, one of the few government programs that actually does shut down is the NHTSA. However, there may be a more nefarious explanation for why the NHTSA is failing to act.

Orders of Congress are much like requests from your Mom. You can do it or not. While the NHTSA will continue to be pressured to act on these pieces of new legislation, they can drag their feet at the behest of the auto industry which doesn’t want to see requirements imposed on them increased for any reason whatsoever. This includes potentially life-saving safety features that could have prevented hundreds of deaths.

So, what’s going on now?

Under the Trump administration, regulations requiring sleep apnea tests for truck drivers were mothballed. Today, under the Biden administration, regulations limiting the speed of large commercial trucks have been placed indefinitely on hold. Other regulations passed by law and never enforced are side-impact features on car safety seats, better standards for reporting manufacturing and design defects, and smart headlights that automatically dim when oncoming traffic is present.

While our Congresspeople have passed laws that protect us, there is no enforcement for these laws and hence no requirement. The NHTSA can drag this process along indefinitely. We have unenforced legislation going as far back ten years. Meanwhile, the percentage of fatal accidents has increased since the pandemic began and continues to worsen now that the quarantine is over.

If you’ve been injured due to a defective auto part, negligent driver, or poor road condition, call the Coral Gables tire defect attorneys at Halpern, Santos & Pinkert today to schedule a free consultation and learn more about how we can help.