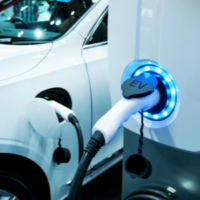 Among the most exciting new developments in the car industry is an increase in the number of electric vehicles that will be available on the market as well as automated driving that will allow drivers to take their eyes off the road. Of course, with increased complexity comes new ways that everything can go wrong. Industry insiders are predicting that EVs (electric vehicles) and AVs (autonomous vehicles) will be among the most likely vehicles to be recalled in 2022 and beyond.

EVs are certainly a hot item right now. But they also occasionally literally catch fire. This is due to intrinsic problems with the lithium-ion battery that provides its energy source. Lithium-ion batteries can become highly unstable under certain conditions igniting a chain reaction that causes one cell after another to explode into flame. Since these fires burn so hot, they can be very difficult to put out. Vehicle fires involving Lithium-ion batteries can even be difficult for firefighters to manage. Just when you think the fire is out, it bursts back into flames.

Recently, Hyundai recalled 87,000 vehicles related to battery fires. Fifteen Hyundai EVs caught fire before the recall was initiated. The recall cost Hyundai nearly $11,000 per unit making it one of the costliest recalls ever.

Most of the autonomous driving options that exist right now are driver-assist and safety protocols. However, Tesla, among other companies, has been generating the AI and sensor technology necessary to allow vehicles to drive themselves. Autonomous vehicles may seem like Star Trek technology, but the fact of the matter is, even those aboard the Enterprise operated their ship manually.

The problem for car manufacturers is that every time something happens with an autonomous vehicle, it becomes huge news. Needless to say, humans have a much worse track record operating their vehicles than AIs do.

In one case, an autonomous vehicle crashed into a motorcyclist after leaving its own lane. The AI correctly identified that there was a car speeding up in the passing lane to the left. The AI then decided to cut the maneuver short, and go back to its own lane. However, there was already someone in that lane. The motorcyclist survived to file a personal injury lawsuit, and the case was settled under seal.

In another case, a Tesla Model Y struck a stationary police vehicle prompting a federal investigation.

Nonetheless, no one writes articles about all the times that autonomous vehicles successfully help their drivers get from one point to another. So it may be a situation of over-sensationalism resulting in a negative bias toward these vehicles. Nonetheless, auto manufacturers will be liable for the decisions their AIs make, giving them one more way to get sued by customers.

If the negligent design or manufacture of your vehicle has resulted in serious injury, call the Coral Gables tire defect attorneys at Halpern, Santos & Pinkert today. We have experience in such claims and can help you successfully recover damages related to your medical expenses, lost wages, and reduced quality of life.