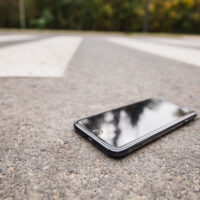 The estate of a pedestrian who was run over by a FedEx driver has filed a lawsuit against FedEx alleging corporate recklessness and other forms of negligence. According to the lawsuit, the victim was struck in the crosswalk even though she had the right of way. The driver then took one last turn driving over the woman’s body and that’s what ended her life. The driver drove off as though nothing happened, but was quickly found after bystanders took down his license plate number.

What is corporate recklessness?

You won’t find the term “corporate recklessness” in any law books, but you will find the work “recklessness”. The plaintiffs are accusing the defendant (in this case FedEx) of gross negligence. They’ve begun putting together a case that lays the blame squarely at the feet of FedEx for failing to properly train their drivers or hire drivers who were qualified to drive large trucks. They further allege that the driver should have been wearing corrective lenses while operating his vehicle, and yet was not, even though he had restrictions on his license that required them. The FedEx truck was not equipped with any collision avoidance technology that may have alerted the driver to the danger in a blind spot.

Is this enough to prove recklessness?

It’s hard to say. Attorneys representing the plaintiff sure seem to think so. Most of the lawsuits that involve large verdicts allege gross negligence or recklessness led to avoidable injuries. These include allegations of negligent entrustment, training failures, and hiring failures. In some cases, trucking companies have employed drivers without a CDL. In other cases, rookie drivers were given poor or no training before causing fatal accidents. Right now, the strongest argument that the plaintiffs have is that the driver of the FedEx truck was not wearing his glasses at the time of the accident.

Generally speaking, it’s not difficult to prove a failure to properly train charge. The accident becomes, in the jury’s mind, evidence that the trucker was not trained properly. The plaintiff needs to give the jury only the slightest reason to lean toward them in the wake of preventable death, especially one like this where the pedestrian was struck by a vehicle, and then run over by the oblivious driver who failed to stop. But that doesn’t prove that FedEx did not meet the minimum standards required by law for training a driver. It shows that maybe the minimum standards aren’t good enough. So, the question then becomes: What are the minimum training standards and did FedEx meet them? The plaintiffs will need to show evidence that this driver was unqualified for the job he was given. That will require going over his driving record and experience. So, the jury is still out on whether or not the plaintiffs will be awarded punitive damages for FedEx’s conduct. But it sure wouldn’t be a fun case to defend.

If you’ve been injured by a commercial vehicle, the Coral Gables tire defect attorneys at Halpern, Santos & Pinkert can recover damages related to your injuries. Call today to learn more about how we can help.