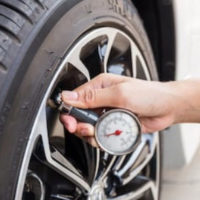 A recent book shook the foundations of the tire industry after their book titled Where the Rubber Meets the Road: The Bridgestone/Firestone Conspiracy of Death & Destruction seemed to implicate the tire giant in a mass conspiracy that allowed millions of deadly tires to stay on the road. While the lawsuit was perhaps the most notable tire lawsuit in the history of tires, and is still remembered to this day, Bridgestone Americas wants people to know that not everything they heard in the book is true.

Bridgestone Americas replied in a statement that the book contained “gross inaccuracies”. The book itself contains court documents, interviews, and judicial rulings. It was written by the husband and wife team that forced a recall of the notorious Firestone Steeltex tires.

According to the lawsuit, Bridgestone Americas cut production costs by using inferior products and manufacturing processes. The result was a tire that is arguably the most dangerous in history. Plaintiffs claimed that the cost-cutting resulted in tread separation that in turn resulted in the deaths and injuries of numerous drivers.

According to the authors, the policy was part of a clandestine C-95 initiative that was implemented to cover a $2 billion deficit when Bridgestone acquired Firestone. These tires were routinely found on Ford trucks, motorhomes, and ambulances. In at least one case, an ambulance experienced catastrophic tread failure while it was carrying a patient.

Bridgestone insisted that the recall was voluntary and, paradoxically, that the Steeltex tires had an exemplary safety rating. The voluntary recall, they maintain, only applied to a fraction of the tires sold on the market and only included one tire model in one specific application.

Bridgestone also maintained that the NHTSA signed off on Steeltex tires and further claimed that their tires performed similarly to other tires that were on the market.

Bridgestone countered that one of the plaintiff’s attorneys, Joe Lisoni, had his license suspended in California while this complaint was being made. It’s unclear whether the suspension was related to his work litigating against Bridgestone, but it did mention that there was harm to a client and Lisoni was required to repay the client half $53,678. It would appear the client lost that amount of money in settlement funds due to Lisoni’s conduct.

Lisoni says that the case took a physical and emotional toll on him and that he suffered a breakdown after he and his wife were forced to sell their home and file for bankruptcy.

Despite Bridgestone attacking the author and downplaying their role in the deaths caused by their tires, this incident remains one of the most notable tire litigation lawsuits ever filed.

When a tire is manufactured defectively or designed with substandard parts, the risk to the passengers and driver in the vehicle they’ve fitted on is immense. Deaths and serious life-altering injuries are common. If you’ve been injured by a defective tire, talk to the Coral Gables tire defect attorneys at Halpern, Santos & Pinkert today for a free consultation.