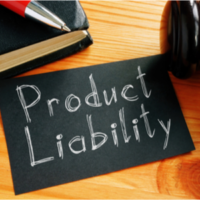 The Supreme Court recently ruled that Ford will be obligated to defend itself against two product liability lawsuits in Montana and Minnesota. Ford was hoping to move the causes of action out of state court, but a unanimous decision prevented that from happening. The court ruled that Ford would have to face the lawsuits in the states in which they were filed. The reasoning was that Ford does so much business in these states, that they should avail themselves to the state courts when appropriate.

Ford, on the other hand, argued that the venues in Montana and Minnesota were inappropriate because the vehicles involved in the accidents were sold and built in other states. The Supreme Court ruled that it didn’t matter. Ford, they said, was responsible for advertising, selling, and entering into the stream of commerce vehicles that were defective in both states. In other words, just because the vehicles were purchased in other states, similar vehicles are sold and purchased in Montana and Michigan, and therefore the venue is not improper.

Jurisdiction and the modern world

As the internet has brought us closer together and the speed of communication is nearly instantaneous, the world has gotten a lot larger. Companies that were used to providing services for a small area are now transnational corporations contending with multiple jurisdictions. Ford argued that they should not be forced to try cases in these states because it would be a hardship. However, they are likely quite happy that they were able to mothball this lawsuit while it worked its way through the courts and eventually, all the way to SCOTUS.

For the plaintiffs, the hardship is perhaps greater. A plaintiff filing a lawsuit against Ford would be forced to file in the jurisdiction of their corporate headquarters, thousands of miles away. Neither party wants to go out of their way to resolve the dispute and both parties want the other party to come to them, where it’s most convenient for them to file.

The judgment will provide clarity as to jurisdiction under the law, but several justices noted, in their decision to allow the tort to move forward in state courts, that complexities arising from the modern economy are outpacing legislative measures to manage them.

Things must go on, even when they can’t. We learned a lot about what we can get away with during the pandemic and who needs to be where and when. Virtual trials and depositions are no longer out of the question. So the need for involved parties to be physically in the same state as the courts is vastly reduced. This means that the inconvenience of trying the case in a specific physical location can be mitigated with technology.

Defective auto parts result in numerous accidents every year. If you’ve been injured due to the failure of a component on your vehicle, call the Coral Gables tire defect attorneys at Halpern, Santos & Pinkert today to schedule a free consultation and learn more about how we can help.