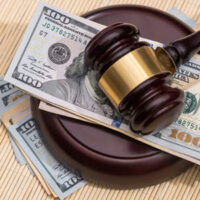 A former Tennessee comptroller won his lawsuit against three named defendants after he was rear-ended while stopped. The incident left the comptroller with a broken arm and other extensive bodily injuries. His wife was also named as a plaintiff in the lawsuit. Together, they were awarded $800,000 for the incident.

In May of 2019, ostensibly after finding someone to sue, the insurer attempted to withdraw from defending the trucking company. Now that a judgment against the company is entered, the plaintiff may have a difficult time leveraging the company into payment.

Multiple crashes occurred on I-81 that day bringing traffic to a halt for three hours while emergency crews attempted to remove the wreckage and ensure everyone was safe. Five people were sent to the hospital including the plaintiff. A tractor-trailer approaching from behind failed to stop and attempted to avoid a collision by swerving into the left lane. That’s when the truck struck the comptroller’s car.

Among the major questions involving this lawsuit are why the company disappeared in the first place. Companies, even those facing lawsuits, don’t disappear, especially with judgments against them that are less than $1 million, and a lawsuit that is likely to be resolved for less than a million. As of the writing of this article, the company is still in existence and has one truck, one driver, and an $800,000 judgment against them. It is unclear if the defendants responded to the lawsuit or attempted to defend themselves. The judgment was entered against them by the presiding judge, not a jury.

If you’ve been injured by a commercial vehicle, you can file a lawsuit to recover damages related to your medical expenses, lost wages, and reduced quality of life. Call the Coral Gables tire defect attorneys at Halpern, Santos & Pinkert today to schedule a free consultation and learn more about how we can help.