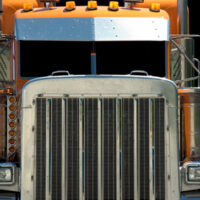 Five children in a van were killed when a semi-truck plowed into the back of an SUV and then swerved into the next lane. The driver of the van survived, but two of her children did not. She has filed a lawsuit against the trucking company that she says is responsible for her children’s death. The parents of other children who died in the crash are also plaintiffs in the lawsuit.

Eventually, the van was struck from behind by another truck causing it to become crushed and burst into flames. The mother tried desperately to free the children from the van but was unsuccessful. An NTSB report seems to confirm the plaintiff’s accounting of events. However, the NTSB stopped short of assigning blame for the accident.

First in the chain

Most accidents will revolve around which vehicle was the first in the chain of events that caused the accident. In this case, it was the semi-truck. While reports indicate that the weather was still hampered by the remnants of a tropical storm, the report also indicates that the truck rear-ended an SUV and then attempted to swerve out of the accident where it struck the van. Accidents like these happen for one of a handful of reasons. Those reasons are listed below:

In this case, the truck driver is liable because he was the first in the chain. It was his vehicle that struck an SUV and his mistake which forced him to swerve into another lane. Ultimately, his mistake was fatal and tragic is why training truck drivers properly is so important. Accidents like these are always avoidable. Well-trained truck drivers who are comfortable on their vehicles, operating their vehicle with respect to road conditions, and paying attention to the roads don’t plow into the backs of other drivers.

Injured in a commercial truck accident? Call the Coral Gables tire defect attorneys at Halpern, Santos & Pinkert today to schedule a free consultation and learn more about what you need to do to recover damages.