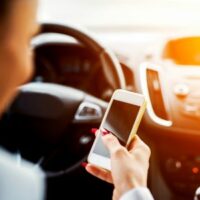 A plaintiff recovered $120 million from a woman who was talking on her phone when an accident occurred. She broadsided his pickup causing it to flip over several times. The man suffered ruptured discs throughout his spine and required several surgeries. He is still rehabbing from his injuries.

The insurer that represented the defendant attempted to conceal cell phone evidence from the defendant’s phone that proved that she was talking on the phone at the time she struck the pickup truck. The court reprimanded the defense attorneys several times for failing to disclose the evidence. The attorneys now face ethics violations for violating the rule of law. It is unclear whether or not those ethics violations will be pursued. But ruining your career while losing a $120M verdict is not the type of thing you put up on the wall of your office.

This system of aligning motives pervades the U.S. justice system. The policyholder’s interests are aligned with that of their insurance company to a certain extent. While the insurance company cannot suborn perjury, make statements they know are false, or fail to submit the information that would harm their case, they can defend their interests to the fullest extent of their ability.

Even in cases where there is a distracted driver, verdicts of this size against private citizens are rare. That’s because private citizens can’t afford to pay the verdict. Their insurance policies go up to $25,000. So, what happens to the $120 million verdict?

It’s unclear. In a typical case, insurance would pay out the policy maximum and the defendant would have a judgment for the remainder hanging over their head. The defendant could discharge the debt by filing for bankruptcy. Their debt to the plaintiff would be discharged entirely. That is what usually happens to multi-million-dollar verdicts against private citizens. In this case, the insurance company looks like they’re on the hook for the full $120M. It looks as if the defense was concerned about a huge verdict which is why they neglected to provide the information to the defense in the first place. You don’t risk your career for a $25,000 policy maximum.