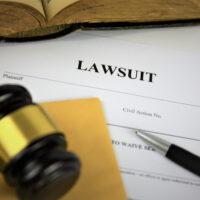 A recent lawsuit alleges Porsche’s defective coolant pipe leaks epoxy onto the tires among other hazards that create serious dangers to those driving the vehicle, passengers within the vehicle, and other drivers out on the road. The affected cars are 2010 to 2016 Panamera and the 2011 to 2019 Cayenne vehicles equipped with V8 engines.

The plaintiffs allege that the engine cooling system uses a specialized adhesive to bond the slip-fit coolant pipes. Yet the vibrations and heat that are caused by basic driving cause the epoxy to degrade. This, in turn, causes the coolant pipes and connectors to separate which results in immediate engine failure and the complete loss of power without any warning.

Further, the coolant leaks throughout the engine compartment after the pipes separate and this sends coolant onto the tires and road which creates major safety hazards.

The Case Against Porsche

A plaintiff in California purchased a new 2012 Porsche Cayenne S in 2011. He alleges that the vehicle suddenly overheated in 2019 after he’d put about 54,000 miles on it. The dealer allegedly corroborated the plaintiff’s claim that the slip-fit connection to the coolant distributor housing and the slip-fit coolant pipe on the thermostat assembly had separated because of the epoxy adhesive failure.

While the Porsche dealership was able to fix the assembly for him, the plaintiff says he was forced to pay nearly $4,000 for the work done. Unfortunately, the replacement parts were just as defective as the parts they replaced.

Another New York plaintiff purchased a used Cayenne S without about 60,000 miles on it. Four months after purchase, the Cayenne S suddenly overheated, erupting smoke from under the hood. The driver was quoted a price of around $4,000 to repair the damage.

They and other plaintiffs allege that the failing coolant system costs thousands of dollars to repair with parts that are just as defective as the originals. Mechanics must replace several engine parts to correct the problem. The plaintiffs insist that this creates a never-ending cycle of replacing parts that only delays future problems. They are asking that Porsche repair the problem free of charge, but as of yet, they have refused to take financial responsibility for the problem.

The National Highway Traffic Safety Administration apparently opened an investigation into the defective components in 2013, but there has been no resolution in seven years of the open case. Porsche insists that the supplier has made changes to the way the epoxy is applied and this appears to have corrected the issue.

The plaintiffs and their attorneys are attempting to set up a class for those affected by the coolant problem.

If you own a vehicle that suffered a mechanical failure, then you may be able to sue the manufacturer to recover damages. If you were seriously injured as a result of the mechanical failure, you are entitled to recover compensation for medical expenses, lost wages, and reduced quality of life. Schedule a free consultation with the Coral Gables tire defect attorneys at Halpern, Santos & Pinkert today for more information.