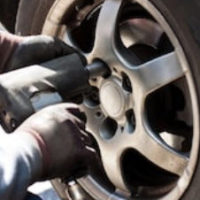 A class-action lawsuit involving bad lug nuts was tossed out of court this month when the judge presiding over the case determined that the plaintiffs had not provided enough evidence to proceed. The suit was filed in 2017 when owners complained that delaminating lug nuts resulted in out-of-pocket costs, safety concerns, and a loss of overall value for the vehicle.

According to the lawsuit, there was a problem with the lug nut’s cap. The cap would swell making it extremely difficult to remove. Indeed, if you on the side of the road attempting to change your tire, this could present a very real safety problem. Those who can’t get the nut off their vehicle are relegated to calling a tow truck and having the problem taken care of professionally. This can result in unnecessary out-of-pocket costs.

The plaintiffs were hoping to recoup damages related to costs incurred because of the offending lug nuts under a breach of warranty theory. Unfortunately for them, the judge failed to see the merits of their lawsuit and tossed it out.

Should This Lawsuit Have Been Tossed?

There were, in fact, a number of complaints concerning Ford’s lug nuts. Hundreds of plaintiffs were named in the lawsuit against Ford. Ostensibly, these were people who had purchased Ford vehicles, attempted to remove the lug nuts themselves, only to have to call in a tow truck because they couldn’t do so. There are a number of reasons that lawsuits can be tossed. It’s hard to believe that a lack of evidence was the reason why this lawsuit was tossed.

The idea behind the lawsuit was that the lug nut caps swelled and delaminated making them difficult if not impossible to remove. The stainless steel caps were, in fact, a major selling point of the vehicle. They were meant to be aesthetically pleasing.

Attorneys for the plaintiffs argued that Ford put form ahead of function and style ahead of substance in the process of designing an “inferior lug nut”. Whether or not this is the case was left to the judge to determine. It seems easy enough, at least on the surface, to prove that a lug nut made with a specific material is prone to swelling and delaminating. Nonetheless, the judge could not find enough merit in the case to allow it to proceed.

That the plaintiffs suffered damages as a result of the lug nut was itself never in question. The cost of towing the car and having it worked on by professionals was a cost incurred by the plaintiffs.

So why, then, was the lawsuit tossed? The suit featured plaintiffs from more than 6 different states. They all experienced a similar problem with the lug nuts. They all suffered damages as a result of that problem. One issue with the case was that it presented multiple theories on what caused the lug nut to swell. For instance, vibrations from the road, temperature changes, and moisture all caused the nut to deform. In addition, attorneys for the plaintiffs claimed that Ford used the lug nuts to save money and then turned around and admitted that the lug nuts Ford used were actually more expensive.

Talk to a Defective Tire Attorney

Halpern, Santos, & Pinkert represents plaintiffs in defective tire lawsuits in Florida. Give us a call or talk to us online to set up an appointment today.