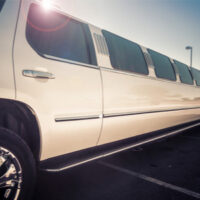 Mavis Tire is among the named defendants in a lawsuit that revolves around a fatal limo accident that cost twenty people their lives. This accident occurred in Saratoga Springs, NY, an area famed for their horse track racing.

According to the passengers, the limo’s brakes were faulty and this is what led directly to the 20 deaths. Adding Mavis to the lawsuit is the latest twist in this highly-publicized drama.

The latest lawsuit was filed by Thomas and Donna Rivenburg who are both the main administrators of the estate of Amanda R. Rivenburg who was one of the 17 young adults who died in the crash. She was 29 years of age.

Essentially, the limo was rolling down a long hill when the brakes failed. The driver lost control of the vehicle and it crashed. The vehicle itself was a 2001 Ford Excursion that had been refitted to increase seating to 18 people. The driver, Nauman Hussein, was charged with 20 counts of second-degree manslaughter for his failure to properly service the tires. However, records now show that Hussein and others did bring the vehicle into the shop to have repair work done on the brakes. Unfortunately, that repair work wasn’t extensive enough to correct the problem.

Little was known about what repairs the limo company and their driver attempted to make on the vehicle prior to the accident. Hussein is still standing trial for those deaths but is likely to pin the blame on Mavis Tires for the incident.

This can be an effective defense because Mavis Tires’ employees are the supposed experts on brakes. A limo driver is not expected to have the same specialized knowledge as the mechanics who serviced the vehicle. The plaintiffs agree. By adding Mavis Tires to the lawsuit, they are accusing the auto shop of placing a bandaid over a gushing wound. The plaintiffs contend that the mechanics should have informed the limo driver of the condition of all four of the brakes and then recommend a more expansive service. The plaintiffs allege that Mavis could have foreseen the crash after seeing the condition of the brakes.

Hussain, who is 30, was expected to stand trial in May, but the coronavirus shutdown has thrown the proceedings into limbo. It is presently unclear if the new information will hurt the prosecution of the man who was driving the limo at the time of the crash. The criminal charges rely on the belief that Hussain was aware of the condition of the vehicle at the time of the crash. Hussain has consistently said that he had the vehicle serviced and considered it safe to drive before taking it out on the road.

The crash has also spurred legislative initiatives to close loopholes in regulations and make changes to federal law. The NHTSA has also been involved in the investigation.

If a poor mechanic service or a defective auto part has resulted in severe injuries, call the Coral Gables tire defect attorneys at Halpern, Santos & Pinkert today to schedule a free case evaluation and learn more about how we can help.