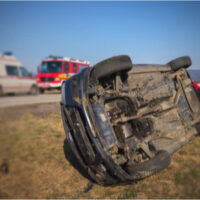 A wrongful death lawsuit has been filed against Bolingbrook Truck Center after a broken brake drum unlatched from a tractor-trailer and crashed into the windshield of Melinda Cortez-Cullen (38) killing her and her unborn child. The crash occurred in Joliet, Indiana in March of 2018.

The plaintiff’s attorney maintains that Bolingbrook Truck Center made repairs and did maintenance work on one of the axles on the Volvo semi that caused the fatality. The work included the removal and reattachment of the dual wheel assembly and brake drum. The very next afternoon, that same semi was heading eastbound on the I-80. Melinda Cortez-Cullen was heading westbound. The brake drum detached from the semi, was slung through the air, crossed the median, crashed through the windshield, and came to a rest in the back seat of the 38-year-old mother’s vehicle. She then crashed into a guardrail.

Eight Instances of Carelessness and Negligence

Is the Motor Carrier Liable for the Woman’s Death?

Thus far, it does not appear that the motor carrier has been named in the lawsuit, but this doesn’t preclude the possibility that the plaintiff is in separate talks concerning a settlement. However, given the evidence provided in the article, it seems clear that the majority of the liability will fall on the maintenance shop that installed the defective brake drum and wheel assembly that resulted in the death of Melinda Cortez-Cullen.

Is the Truck Driver Liable for the Woman’s Death?

Truck drivers are required to perform inspections on vehicles after every 24 hours out on delivery. If the defective parts that led to the plaintiff’s death could have been caught during one of these routine inspections, then some liability would fall on the truck driver.

If you’ve been injured in a trucking accident, call the Coral Gables tire defect attorneys at Halpern, Santos & Pinkert for a free consultation.