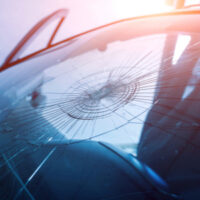 Attorneys for Subaru have raised several key points in a class-action lawsuit alleging that their windshields are defective. Customers began reporting encountering seemingly random windshield chips and cracks that could potentially cause accidents. The plaintiffs allege that some Subaru vehicles hand windshields that are prone to cracking. Subaru, of course, denies the claim.

In other words, the plaintiffs have yet to come up with a credible theory of liability.

A Credible Theory of Liability

What would a credible theory of liability look like? Essentially, the lawsuit will either need to be restricted to models that shared the alleged defect or the plaintiffs would have to posit some theory as to why multiple models with multiple windshield distributors are all prone to cracking.

What the plaintiffs have instead is multiple complaints of cracked windshields that Subaru refuses to believe are caused by their own actions. This is despite the fact that Subaru windshields are likely cracking at a higher rate than presumably other manufacturer’s windshields.

The plaintiffs will need to show that some design flaw in the windshields is responsible for reducing the life the windshield considerably. If that is the case, Subaru would likely be required to issue a recall, replace the windshields, or refund the cost of the vehicles.

The plaintiffs contend that there are some models that are listed as defective by the plaintiffs that no plaintiff named in the lawsuit had ever driven. The plaintiffs will need to establish their theory of liability. In this case, that theory of liability would include some explanation as to why the windshields are prone to cracking and why the affected models need to be included even when they plaintiffs don’t have a specific complaint against them.

At this point, a judge will decide if there is enough merit to allow the lawsuit to continue. If the plaintiffs are correct, then there may be as many as 2.5 million vehicles with the alleged windshield defect.

This gives Subaru the ability to stall the proceedings. By raising this argument, it forces the plaintiffs into the position of producing a theory of liability that they may not be prepared for.

If a defective auto part played a role in your traffic accident, the Coral Gables tire defect attorneys at Halpern, Santos & Pinkert can investigate the accident and file a lawsuit against the manufacturer. Call today to learn more and schedule a free consultation.