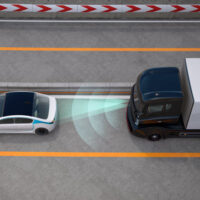 Two companies were forced to settle a lawsuit with an injured motorist after the motorist claimed that a lack of safety features on the truck led to their injuries. Interestingly, the plaintiff was able to win his lawsuit on the grounds that a trucking company and another company that leased the truck were responsible because they failed to provide non-mandatory safety features such as forward-collision warning and automatic braking. Neither safety feature is required by federal law.

However, in the world of torts, a plaintiff can make an argument on the grounds that there was something that could have been done that an allegedly negligent party did not do. In this case, the companies failed to provide trucks with safety features that could have prevented the accident.

Is that really actionable?

You can’t sue a company for not providing a safety feature, but you can sue a company, especially a commercial trucking company, that avoids placing life-saving technology within the vehicle. In cases where the life-saving technology could have prevented an accident, and someone was seriously injured as a result of the accident, the plaintiff can argue that the lack of safety technology was the proximate cause of their accident.

Typically, trucking companies argue that they are in full compliance with all regulatory statutes. However, the law tends to favor plaintiffs in cases where a cheap fix is available or there is a substantial presence of the technology within the industry already.

In this case, the plaintiffs successfully argued that forward-collision warning and automatic braking should have been offered, as the industry standard is moving in that direction. This may be especially true of rental trucks that are offered to the public. You don’t need a CDL to operate a rental truck.

Essentially, the motorcyclist was able to argue that the two companies were placing the general public in danger by failing to provide collision warning systems that could have prevented this accident. Further, the motorcyclist argued that the potential harm for failing to install those systems was greater than the financial consequence to the truck rental company. Lastly, it would have been cheaper to install those systems rather than pay out a personal injury claim to a motorcyclist who likely had his quality of life vastly reduced in the accident. In other words, no one walks away from this situation a winner. Everyone loses.

The terms of the settlement have been sealed and neither company appears to have admitted liability. The precedent, however, will now place a burden on trucking companies to offer trucks with forward collision warning and automatic braking or risk paying for an injured party’s medical expenses, lost wages, and reduced quality of life.

If you’ve been injured in an accident with a commercial vehicle, the Coral Gables tire defect attorneys at Halpern, Santos & Pinkert can litigate your claim and recover damages related to your medical expenses, lost wages, and pain and suffering damages. Call today to schedule a free consultation and learn more about how we can help.