Safety Watchdogs Call on Biden to Overhaul the NHTSA 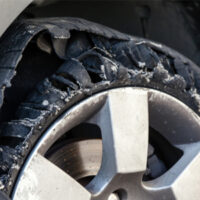 Have you ever wondered which agencies actually shut down during a government shut down? Well, now you know, the NHTSA is among them. The National Highway Traffic Safety Administration is responsible for handling a number of major consumer auto issues. These include researching auto crashes, especially when a defective auto part is involved.

Auto manufacturers are not afraid of the NHTSA. While the NHTSA has the power to leverage fines against auto companies that do not initiate recalls in a timely fashion, these fines are only a tiny fraction of the company’s annual profits. A $30 million fine may seem like a big deal to you and me, but for a multi-billion-dollar company, it’s one small drop in one large bucket.

What’s Wrong With the NHTSA?

It’s woefully underfunded. While most think that it’s the Republicans that are anti-regulation, all politicians are protectionist when it comes to companies that create millions of domestic jobs. This includes companies like Ford and GM that have routinely failed to recall vehicles with potentially deadly defects.

In other words, some folks feel like the NHTSA is soft on the auto industry and putting too many American drivers at risk. The last two major fines the NHTSA handed out were against Hyundai and Kia. The NHTSA was able to force the companies to open up a U.S. office to manage safety considerations. Now, safety watchdogs are placing pressure on the new president to shore up defects at the NHTSA that leave too many consumers driving dangerous vehicles.

While some NHTSA administrations have vehemently defended their record against critics, other, perhaps more honest administrations have admitted that there simply isn’t enough funding for the agency to perform the tasks required of it. Biden is being called on to revamp the agency, ensure it has adequate funding, and leads the way for the world when it comes to auto safety. Others wonder how we’re going to pay for a revamped NHTSA when we’re signing trillion-dollar bills that may be inflationary. Indeed, that is the one solution that the text of the report insists on. Additionally, someone who is not linked to the auto industry would be expected to take the reins once the new funding goes through.

How Do Government Watchdog Groups Work?

Consumer safety administrations like the NHTSA generally have individuals who have been assigned to the administration by a president. These individuals are almost always former CEOs for the industry that they’re supposedly regulating. The FCC is a major example of this with CEOs from the major media companies taking turns filling the post. In other words, the government appears to regulate the industry, but in fact, the industry regulations itself.

If your accident was caused by a defective auto part, tire, or a system failure, you can file a lawsuit against the company that manufactured the vehicle to recover damages related to your medical expenses, lost wages, and reduced quality of life. Call the Coral Gables tire defect attorneys at Halpern, Santos & Pinkert today to schedule a free consultation.