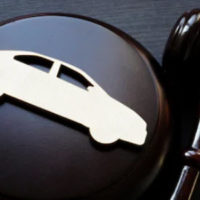 The Supreme Court has elected not to hear an appeal in a lawsuit brought on behalf of plaintiffs over a defective tire failure. Defendants, who included Les Schwab and Toyo manufacturers claimed that the lawsuit had been filed past the statute of limitations. The defendants petitioned the Supreme Court in March to hear their arguments. On June 10th, the court declined to hear the case.

The Case Against the Tire Manufacturers

Scott and Jenna Wilcox, who were both active duty Air Force stationed in the UK at the time of the incident, were driving a BMW equipped with Les Schwab tires that were purchased in Oregon in 2004. In 2010, the Wilcoxes were driving along the Scottish border when they noticed their car begin to vibrate. The Wilcoxes stopped to examine the tires and Mr. Wilcox replaced the back right tire with a spare. Mrs. Wilcox held the tire that had been replaced in her lap.

The tire exploded. Mrs. Wilcox sustained severe injuries and was rushed to a nearby hospital where she later died. Mr. Wilcox filed a complaint four years later in 2014. In Oregon, the statute of limitations is two years for the majority of personal injury lawsuits. However, there are cases in which the statute of limitations can be tolled for a certain amount of time.

For instance, in cases where a minor is injured, the statute of limitations does not begin ticking down until the minor’s 18th birthday. So they would have until their 20th birthday to file the lawsuit. But the Wilcoxes were both adults.

The SCRA allows members of active duty military to toll the statute of limitations under certain circumstances. In this case, the defendants argued that the SCRA could not act to toll this lawsuit because the lawsuit was filed “on behalf of another.” In this case, Mr. Wilcox filed a wrongful death lawsuit “on behalf of” his wife. On appeal, the appeals court ruled in favor of Mr. Wilcox and the Oregon Supreme Court passed on hearing the case. Recently, the U.S. Supreme Court did as well. This is good news for Mr. Wilcox, who finally, after all these years, will be able to try his case before a jury.

However, he has lost ten years of his life and his wife to a preventable accident.

At issue is whether or not the lawsuit could have been brought by someone else. In this case, the defense argued that the lawsuit could have been filed on behalf of a parent, but it wasn’t. The lower court agreed that the tolling of the statute of limitations should have prevented the case from being heard at all but it was overturned by the higher court. With no higher courts left to hear the appeal, the defendants are out of luck and now will likely try to settle with Mr. Wilcox.

The Coral Gables tire defect attorneys at Halpern, Santos & Pinkert represent those who are injured by defective tires. Talk to us today for a free consultation.