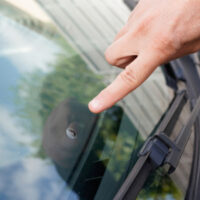 Several Subaru owners have filed a class-action lawsuit against the company after claiming that their windshields are defective and prone to spontaneously cracking. Drivers say that Subaru dealerships refused to either compensate or fix the damaged windshields instead blaming their customers’ driving habits. They also say that Subaru failed to inform them prior to the sale and this represents a breach of the warranty.

The plaintiffs are hoping that Subaru will cover the cost of repairing the windshield or that Subaru would purchase their vehicle back.

Subaru Files a Motion to Dismiss the Lawsuit

Subaru alleges that the plaintiffs have not made specific allegations against their product. While the plaintiffs list several types of vehicles that were impacted by the allegedly defective windshields, there is no evidence provided (or even an allegation made) that the vehicles use the same type of windshield or that they were provided by the same supplier. Yet there are several Subaru owners who have reported issues with their windshields.

Further, the complaint lacks any allegation that would specifically link the allegedly defective windshields across make, model, and year. So Subaru has filed a motion to dismiss the lawsuit based on a lack of specificity over the allegations and a lack of clarity over which owners have standing to sue.

The plaintiffs have yet to respond to the motion to dismiss but are likely to provide some explanation as to why some of their plaintiffs own vehicles that are not listed in the complaint. They will also need to link the defective windshields to some manufacturing or design defect that Subaru can be held accountable for.

The plaintiffs contend that the allegedly defective windshields are a danger to drivers on the road. If the windshield cracks while the vehicle is still in motion, it could create a visibility issue, frighten the driver, or cause them to panic. That, of course, could lead to a crash. Thus far, nothing of the sort has happened. However, Subaru refuses to admit that the defect is their fault and owners are left to pay for repairs out of their own pocket. The class-action lawsuit would get the plaintiffs reimbursement for the problem and lost value to their vehicle and a little extra for their inconvenience.

This should not be seen as a major setback for the plaintiffs. Filing an amended complaint is the most likely outcome of this move to dismiss the lawsuit. The plaintiffs will need to provide some theory on how these models are linked and why their windshields are more susceptible to cracking than other vehicles.

If auto part failure played a role in your motor vehicle accident, call the Coral Gables tire defect attorneys at Halpern, Santos & Pinkert today to schedule a free consultation. We can help.