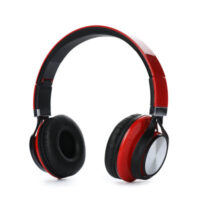 FedEx and one of their drivers have been named in a lawsuit filed by the estates of 5 people who died in a terrible accident in Pennsylvania and several more who were seriously injured. Among the deaths was a child who was decapitated. Plaintiffs have filed lawsuits against the bus company that operated the tour bus, FedEx, and several others. However, the bus was the first-in-the-chain of events that caused the terrible accident. Nonetheless, the plaintiffs have evidence that the FedEx driver was wearing noise-canceling headphones at the time of the accident. This allegation is being used to increase FedEx’s liability. But is it fair?

In light snow, a bus driver carrying tourists from New York to Pittsburgh lost control of his vehicle, skidded into the median, and then the bus capsized in oncoming traffic. Meanwhile, a FedEx driver in a tractor-trailer was headed in the opposite direction. He failed to stop his vehicle in time and collided with the bus causing further injury. At that point, his truck was hit by a UPS Ground truck. Three passengers in the bus were killed, including the driver, and two passengers in the UPS truck were killed. According to reports, everyone who was on the bus sustained some form of injury. Most of them were serious.

In the chain of negligence, the bus driver committed the first act. He lost control of the bus causing it to capsize in oncoming traffic. So, the vast majority of any liability will fall on the bus company for their driver’s negligent operation of the bus. Nonetheless, the bus company has a vested interest in shedding some of their own liability and placing it at the feet of the other defendants. In this case, FedEx has responded to the claims by saying they are without merit and their driver was not culpable for this accident. While the presence of noise-canceling headphones makes for a good allegation against the driver, the plaintiffs must still show that the driver had adequate time to stop his vehicle before striking the bus. Tractor-trailers don’t exactly stop on a dime. They glide to a stop, so the driver may not have adequate time to react to the accident.

When an attorney representing a defendant says that the allegations are without merit, it’s because there is some reason to believe that their driver may not be negligent. If the attorneys say that they don’t respond to pending litigation, that’s because they are reviewing the complaint against their company and attempting to figure out how they can limit their client’s liability. In some cases, they will refer to their company policy on safety. That means that they believe this is an isolated incident, and they want to assure the public they do everything in their power to prevent such accidents from occurring. In this case, FedEx is throwing don’t the gauntlet because they genuinely don’t believe their driver was at fault, regardless of whether or not he was violating company policy at the time. Violating company policy does not prove liability.

If you’ve been injured due to the negligence of a commercial truck driver, call the Coral Gables tire defect attorneys at Halpern, Santos & Pinkert today to schedule a free consultation and learn more about how we can help.