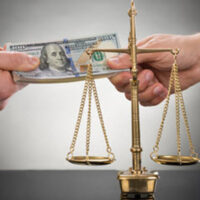 The family of a man who sustained severe brain injuries in a tire blowout accident has reached a settlement with a wrecking crew company. Michelin Tires was also named in the lawsuit, but the majority of the liability fell on the company that owned the truck. The plaintiffs were able to prove that the company failed to replace a 14-year-old tire on a Ford Excursion that blew out resulting in the driver losing control of the vehicle. The vehicle spun across several lanes of traffic and eventually struck the plaintiff’s vehicle.

The company claimed in its defense that it “could not have known” that a 14-year-old spare tire was left on the vehicle. Obviously, that argument was not strong enough to avoid a $9 million settlement.

Michelin is also named in the lawsuit, and that case is proceeding.

Will Michelin be held liable?

Michelin is liable for all tires that are in the stream of commerce and still under warranty. If a customer abuses a tire or the tire is stripped bald, or the tire is actually spare that should not be on a moving vehicle for longer than the course of a safety trip, then Michelin is very likely to have a strong defense to the allegations. Michelin will likely lay the blame on the other company for leaving a spare tire on the vehicle, driving it around for a couple of weeks, and then waiting for it to blow out. That’s not really Michelin’s fault as the tire was not being used in the manner that it was designed. Likely, Michelin issues several warnings with spare tires to avoid protracted use on public roads. Anyone would know better than to keep a spare on their car. So, the plaintiffs will need to come up with some reason that Michelin is personally to blame for the defective tire and not the company that drove around on a spare until it blew.

Nonetheless, Michelin pays nuisance money to attorneys to avoid the cost of preparing the case. If the cost of preparing the case is more than the cost of simply settling it, then Michelin will pay up to $10,000 or $30,000 just to make it all go away. This has been their strategy with such cases in the past and so long as the plaintiff doesn’t get greedy. But the suit against Michelin is unlikely to result in a large sum of money as the wrecking company contributed the vast majority of negligence to this incident. Michelin likely feels that the tire was not being used properly, was no longer under warranty, and hence, they are no longer responsible for it.

If you have been injured due to a defective tire, the Coral Gables tire defect attorneys at Halpern, Santos & Pinkert have the trial experience you need to win your case. Call today to schedule a free consultation and learn more about how we can help.