Tragic Injury To Child Results In Squabble Over Money 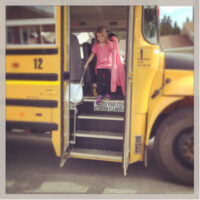 In 2008, a girl exited a school bus and was promptly hit by a truck. The girl is still alive, but in a persistent vegetative state. The family reached an $800,000 settlement with the defendant, but the medical expenses came to more than $800,000. Medicaid is now trying to recoup $300,000 under the state’s formula for medical liens in personal injury cases. However, the plaintiff contends that Medicaid is entitled to less money because they based their number on the entire settlement as opposed to the number allocated only for past medical expenses. The issue is so contentious that it will be heard by the U.S. Supreme Court on January 10th of 2022.

The U.S. Justice Department has teamed up with the grieving parents while 14 other state agencies, including Florida’s Florida Agency for Health Care Administration, is backing Medicaid and hoping to extract more money from the grieving family.

It’s important to understand, however, that this suit isn’t about only one case. It’s about all cases from now on and how they will be decided by courts all over the country. In this article, we’ll discuss the important legal issues involved.

In most cases, insurers who pay out medical expenses can file subrogation claims to recover money from a personal injury settlement. However, Florida makes it difficult for private insurers under the “made whole” doctrine which allows plaintiffs to keep the majority of their money even if their medical expenses are covered. When it comes to Medicaid, however, other rules apply.

Because Medicaid and Medicare are government programs they can place automatic liens on personal injury judgments to recover whatever amount of money that they deem equitable. It won’t be all of your money, but $300,000 out of a $800,000 settlement leaves the plaintiff with less money than either his lawyer or Medicaid.

Florida law permits Medicaid to take money from both past and future medical expenses. The family, in this case, has claimed that Medicaid is only entitled to recoup money from the portion of the damages assigned to past medical expenses. A U.S. District Court judge (a federal judge) agreed with the family. Florida and several other states disagree, squaring off a battle between the federal government and the states over what money is subject to a Medicaid lien.

Importantly, the district court ruled that Medicaid had no right to place a lien on money it had not paid. However, Medicaid contends it did pay the money almost entirely from the past medical expenses portion of the settlement leaving only around $40,000 taken from future medical expenses. Those who oppose the ruling believe that it would cripple Medicaid’s ability to recover money from a personal injury settlement. But again, it’s $40,000 we’re talking about. So, obviously, they weren’t crippled, at least in this case.

The Coral Gables tire defect attorneys at Halpern, Santos & Pinkert represent the interests of injured victims in truck and vehicle accident lawsuits. Call today to schedule a free consultation and discuss your situation in more detail.