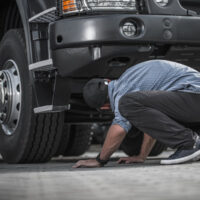 A truck driver and his company are being sued by the family of a homeless man who fell asleep underneath the truck driver’s rig. According to the lawsuit, the driver of the truck had no idea the man was underneath until he tried to drive away. At that point, the homeless man was crushed beneath the truck and killed. The family has filed a wrongful death lawsuit seeking more than $100,000. It remains unclear, however, if this case is winnable.

Duty of care in negligence lawsuits

Duty of care is one of the most vital and least understood parts of a negligence lawsuit. In order to prove negligence, you have to prove that the other party actually owed you some form of consideration. In order to owe you that consideration, they need to be aware that their actions may potentially cause harm to others.

In this case, the driver said that he was in the midst of completing the inspection but due to vehicles being too closely packed together, had to move his truck to do so. That’s when he heard the bump.

The lawsuit is only seeking $100,000 in compensation which is raising eyebrows. An attorney representing the plaintiff would not comment on why the settlement figure was so low, but one would expect that there is a good chance that the truck driver’s story will check out. Further complications related to the duty of care a truck driver must extend to the public will also limit the potential jury award or settlement figure. The attorney is giving the defendants a chance to settle the matter without rolling the dice before a jury. However, the fact that the driver was required to perform a pre-route inspection could shift the scales toward the plaintiff.

Injured by a commercial driver? Call the Coral Gables tire defect lawyers at Halpern, Santos, & Pinkert today for a free case evaluation and more information on how to proceed.