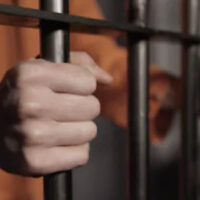 A trucking company is being sued and their driver is headed to prison for a minimum of 5 years after a crash severely injured two drivers. The driver had fallen asleep at the wheel and veered into oncoming traffic striking two other vehicles. The truck blew through a guardrail before coming to a stop. The damage to one of the vehicles was so extensive that the driver had to be extracted from the crushed metal. A breathalyzer test showed that the driver had a BAC over .12. The legal limit for commercial truck drivers is .04, half the legal limit for commuters.

One of the plaintiffs has filed a lawsuit against the driver and the trucking company that employed him. A trial is scheduled for June of 2022 to determine damages. However, the damages in a case like this will be extensive.

Negligence claims against the trucking company

While the truck driver is responsible for the accident, his employer is also responsible based on a legal theory known as vicarious liability. Under the law, corporations are treated as a single entity (corporate personhood) which gives them specific rights (the rights of an individual) and certain responsibilities (they are treated as an individual). So, anything one employee does for your company while they are on the job the entire company is liable for regardless of whether or not they contributed negligence.

In a case like this, the company is generally hit with an allegation of negligent hiring and retention. An attorney for the plaintiff will review the company’s history, the employee’s driving record, and other matters related to the accident and form an allegation against the company itself for giving a dangerous piece of machinery to a drunk driver.

Damages in a case of permanent injury are higher, generally even higher than cases where an individual is killed. That’s because the victim will no longer be able to work, so they require compensation for the lost wages they would have supported themselves with had the accident not occurred. Further, any medical expenses accrued due to the accident are the sole liability of the company that employed the drunk driver. Further, the company is liable for the victim’s decreased quality of life, inability to have a normal life, and the loss of enjoyment her injury will cause. Lastly, the company may be on the hook for punitive damages. In a case like this where the company employed a driver who was an “imminent hazard”, they can face punitive damages for egregious failures to monitor their employees.

In other words, this is precisely the type of case that private insurance companies hate because it could result in an excess of a $10 million jury award. Prepare for a notable application of “reptile theory”.

Halpern, Santos & Pinkert represent the interests of those injured in commercial trucking accidents. Call our Coral Gables tire defect lawyers today to schedule a free consultation and learn more about how we can help.