Truck Malfunction Versus Driver Inebriation: A Tale Of Two Stories 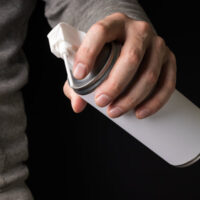 A driver is on trial for four counts of vehicular homicide and a South Florida family lost four members, so the stakes are quite high. As is the case with many trials, it is the tale of two different stories. The prosecution believes that the driver was huffing intoxicating gasses which resulted in the accident while the defense said the vehicle suffered a brake failure which was the cause of the accident. There are also several civil lawsuits that have been filed which present identical claims.

One fact that both parties agree on heavily favors the plaintiffs in a civil suit, even if the defendant is found not-guilty of DUI manslaughter or vehicular homicide. The defendant was driving at about 107 mph when he collided with a stopped Dodge Caravan carrying the family. Four individuals in the vehicle were killed immediately. If convicted, the defendant would have four counts of DUI manslaughter with a maximum sentence of 15 years each, a mandatory minimum of 10 years each, and even with the judge’s discretion, the defendant would face at least four years on each count.

Getting high on compressed air

People are now getting high on compressed air which is sold as a computer accessory to clean the inside of your computer without damaging it. Some folks huff or inhale the product to get a brief high. The defendant provided a blood sample to police who detected a trace of the chemical in his system. Further, the prosecution will present evidence that the defendant purchased compressed air at Walmart less than two hours before the accident.

The defendant denies the allegation that he was huffing before driving. However, the defense has provided no alternative logical explanation for how the defendant plowed into the back of a stopped vehicle at 107 mph. The defense argues that the defendant avoided several cars before the collision and that chemicals related to duster can be found in the system under normal circumstances, even without having huffed duster. The defense further contends that the duster was used on the truck and that the only reason the defendant had any duster in his system was due to the fact that he had used it. However, this does not prove he was high at the time of the accident.

Nonetheless, the defendant has been charged with both DUI manslaughter and vehicular homicide (four counts of each). Vehicular homicide would not require the prosecution to prove that the driver was high at the time of the accident—only that he was operating his vehicle recklessly.

If you’ve been seriously injured in a traffic accident, the Coral Gables tire defect attorneys at Halpern, Santos & Pinkert can file a lawsuit on your behalf and help recover damages related to your medical expenses, lost wages, and reduced quality of life. Call today to learn more.