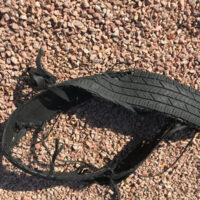 A Pennsylvania trucker recently won $3 million from a jury after he alleged he suffered severe injury when one of the tires on his truck blew out. The blow-out caused the truck to overturn, which gives you some idea of how dangerous tire blowout accidents can be. The lawsuit was filed against Kumho Tire, U.S.A.

According to the complaint, the plaintiff was hauling nearly 80,000 pounds of sand in a dump truck. The front driver-side tire suffered a tread separation and blew causing the dump truck to capsize. The vehicle was traveling at highway speeds at the time of the blowout. The plaintiff suffered spinal injuries as well as injuries to his head and face.

The allegations against Kumho

Kumho was found to have engineered a defective tire. The theory on why the tire was defective involves the belts used to attach the treads to the body of the tire. Steel radial belts attach the tire casing to the treads. When they separate, a blowout ensues. In this case, the plaintiffs successfully argued that the steel belts suffered premature oxidation (they rusted) and that resulted in tread separation.

Initially, the trucker had sued the company from which he purchased the tire, but eventually Kumho was added to the lawsuit as well. That company settled prior to the lawsuit against Kumho.

The defense presented a theory that the plaintiff had overused and abused the tire hauling tons of sand in his dump truck. An expert testified that the treads were worn down past recommended limits and the company the plaintiff worked for failed to conduct pre-delivery inspections as required by federal law. Nonetheless, the jury returned a verdict in favor of the plaintiff for $3 million.

While tire lawsuits are hard to win because the defendants can say anything other than their own negligence caused the blowout, plaintiffs often have the advantage when they are blamed for their own injuries. In this case, the defense presented a reasonable theory of why the tire blew out. However, the plaintiff’s theory was more convincing. It bears noting that Kumho has faced several recalls for tread separation in the six years since this accident occurred.