What Are The Most Common Defective Auto Parts? 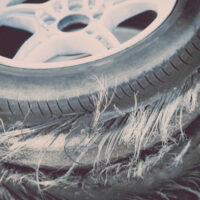 While negligent drivers cause the majority of traffic accidents, defective auto parts contribute as well. The problem here is that when a necessary component fails in a moving vehicle, the consequences to the driver, passengers, and even other drivers on the road can be devastating. In this article, we’ll discuss some of the most common defective auto parts contributing to serious personal injury lawsuits.

Which auto parts cause the most injuries?

Not all accidents are caused by bad drivers. Some are caused by defective auto parts. Call the Coral Gables tire defect attorneys at Halpern, Santos & Pinkert today to discuss an auto part failure with a trained litigator and we can go over your options for filing a lawsuit and recovering damages for your injuries.