Which Auto Part Defects Cause the Most Accidents? 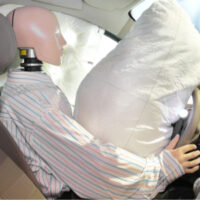 Defective tires are unsurprisingly one of the most common causes of accidents. It is, however, less likely that these accidents will occur with commuter vehicles. Large commercial freight, on the other hand, goes through tires quite quickly. In some cases, the tires are retreads.

While retreads are generally safe, the process must be done exactly so. The same holds true for the manufacture of new tires. One small issue with the curing, and the tire can be unsafe to drive on.

Airbags are commonly cited for injuries that occur during a crash. If the airbag fails to deploy, deploys for no reason, or explodes in the driver’s face, then the company that manufactured the airbag is liable. One of the largest auto part cases in history involved Takata airbags which deployed with too much force in certain climates. This resulted in several deaths and severe, permanent injuries.

Seatbelts that unbuckle during an accident can make the accident much worse for the driver. The driver has a reasonable expectation that they’ve been sold a vehicle with functioning safety features. The defective seatbelt contributes liability when the failure results in the worsening of a driver’s injuries.

In some cases, brakes can fail leaving the driver with no ability to stop the car. When that happens, there could be several reasons. But if the reason is a manufacturing defect, then the company that produced the vehicle is responsible.

Lithium-ion batteries can catch fire under certain circumstances. If this happens in your vehicle, you may be entitled to sue for damages, especially if you are seriously injured in the process.

When is it the Manufacturer’s Fault?

This may sound pithy, but the accident is the manufacturer’s fault when it isn’t the driver’s. The plaintiff must still show that the manufacturer produced a defective product that led to injury, but if the owner of the vehicle or another driver doesn’t contribute negligence, then it’s probably a manufacturing defect.

If you’ve been injured in a serious accident and you think the cause was a defective auto part, let the Coral Gables tire defect attorneys at Halpern, Santos & Pinkert investigate your claim. If we take your case, we will fight tirelessly to recover damages related to your quality of life, inability to work, and past and future medical expenses.