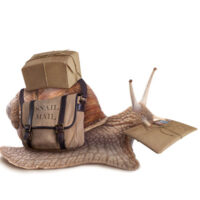 There are a number of lawsuits right now that have lobbyists soiling their pants. Among the most devastating such lawsuits is a claim filed in Colorado against an insurance claims adjuster. The adjuster is being sued for delaying or denying a payment that was otherwise would have been valid. The claimant filed a lawsuit against the insurance company and the individual claims adjuster. Now a motion is being heard as to whether or not the claims adjuster faces liability under the state’s tort laws.

Insurance companies are sued all the time for bad faith denials. However, individual claims adjusters acting in concert with their employers are typically not. If you’re injured in a truck accident, however, the lawsuit will name both the driver and their company to establish a link between the accident that occurred and the liability of the company. That doesn’t mean that individual truck drivers pay huge sums to injured drivers.

Claims adjusters tend to work for insurance companies. They are the folks who handle your claim, punch relevant numbers into a computer, and then deliver a settlement figure that is insultingly low. After some haggling, you and your lawyer get that number up and the case settles for an agreed-upon sum.

Understanding the stakes of the suit

In a lawsuit like this, the elements or facts of the case may not be disputed by either party. Instead, the defendant is claiming that the insurance adjuster who was named in the lawsuit should have been dismissed from the case. Colorado law has a provision that holds “persons” accountable which could include claims adjusters. Typically, such actions have been dismissed against individual claims adjusters, but a recent verdict is now creating waves. Other state supreme courts have ruled against such interpretations of the law.

Nonetheless, employers tend to accept liability on behalf of their employees. In this case, the claims adjuster’s employer said that they would pick up the tab on behalf of their client. This creates a situation where a) either the insurance company’s liability is increased because of the liability of their employee b) the plaintiff’s entire claim is split between the two parties. In either event, the plaintiff will not benefit much from adding the employee’s name to the lawsuit, and the claims adjuster won’t have to pay out money to plaintiffs, but, the lawsuit is part of the public record, impacts their credit rating, and can be used to leverage them in a lawsuit.

Injured in a tractor-trailer accident? Call the Coral Gables tire defect lawyers at Halpern, Santos & Pinkert today to schedule a free consultation and learn about how we can help.