Your GM Warranty Does Not Cover Design Flaws 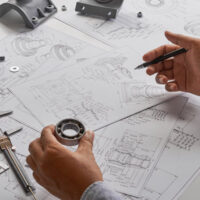 A class-action lawsuit has been filed in Canada after a Chevy Equinox driver’s engine failed. The plaintiff contends that the design of the engine allowed it to leak oil into the rest of the vehicle resulting in total engine failure. The plaintiff filed a lawsuit against GM claiming that the vehicle was negligently designed.

However, similar lawsuits against GM have failed in the courts. Plaintiffs who file these claims contend that their warranty covers such issues. But according to GM, the warranty does not cover design flaws. It only covers manufacturing and workmanship defects. Hence, lawsuits like this have been dismissed in the courts. This is something to bear in mind before you purchase your next GM vehicle.

In November of 2020, a lawsuit was filed against GM alleging that the vehicles consumed oil too rapidly and this led to engine seizure and failure. According to the plaintiffs, GM was aware of the oil consumption problem and failed to disclose it to customers. However, the plaintiff was also driving a Chevy Silverado that apparently did not experience any of the oil consumption problems.

The second claim in the lawsuit related to the breach of warranty. The plaintiffs claimed that the oil consumption problem breached the vehicle’s warranty and thus should be compensable. However, GM claimed that the warranty only covers manufacturing defects—not design defects. The judge concurred and dismissed the case.

Essentially, the California lawsuit was problematic from the beginning. The plaintiff who was representing the class had not experienced oil consumption problems with his vehicle. It is unclear if the lawsuit will be filed in federal court. Federal regulations set standards for oil consumption and if Ford reported that their vehicles operate more efficiently than they do, then that too is a fraudulent claim.

GM’s warranty does not cover design defects, it only covers claims related to the material and manufacture of specific parts. However, GM has a duty to warn drivers of a design defect prior to selling the vehicle. So, GM can still be sued, just not under the terms of their warranty. If someone was injured due to the design defect, they would still be able to pursue damages.

The problem is that unless you’re injured, you may not be able to file a valid claim against GM. It also means that thousands of car buyers who go through oil rapidly and have had their engines seize on account of a design flaw will end up being stuck with a worthless vehicle. It’s not a good look for GM.

The Coral Gables tire defect attorneys at Halpern, Santos & Pinkert handle injury lawsuits related to defective auto parts. If you or someone you love has lost their lives or been seriously injured due to the failure of a tire or component in your vehicle, you can sue to recover damages related to your medical expenses, wages lost, and reduced quality of life. Call today to learn more.