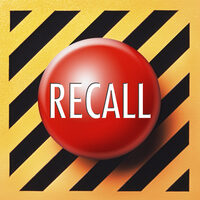 As if 2020 didn’t have enough problems, auto manufacturers recorded the highest number of recalls in the last four years, according to one study. The 380,000 recalls were more than double the 180,000 of the year before. While it may be tempting to blame the pandemic, the vehicles would have been built in 2019 for sale in 2020. While these numbers were gleaned from government data recorded in India, auto manufacturers announced a greater-than-average number of recalls in the United States, with one of the largest recalls involving Takata airbags on older-model American vehicles.

Meanwhile, India, the country that produced the study, lacks a comprehensive recall program like the one we have here in the United States.

How Do Recalls Work in India?

In India, auto manufacturers are left to initiate recalls themselves. There is no law that governs how auto companies must act when a potentially dangerous defect is discovered. Instead, manufacturers reach out to customers directly and correct the issue free of charge. What happens if they don’t? That’s where the system of torts kick in. India, like most countries, allows individuals to file lawsuits against companies when those companies manufacture a dangerous or defective product that causes injury.

Is the System of Torts Enough?

Auto companies do fear personal injury lawsuits. Why? Because personal injury lawsuits bring bad press. This is especially true when the defect causes multiple injuries. Today, however, at least in the United States, the system is supported by processes that start at the federal level. The NTSB (National Transportation Safety Board) and the NHTSA (National Highway Traffic Safety Administration) handle issues related to dangerous vehicles. Ideally, the company notifies the NHTSA that their vehicle has a defect, traces the defect back to cars that have the defect, and then notifies consumers about the defect. Since companies can be fined for not following these protocols, the system works to catch many potential defects before they become fatal accidents.

In a system of torts, all you have is the ability to punish the auto manufacturer after someone has already been killed or injured. In other words, death or injury is what triggers the auto company to take the defect seriously. Of course, the auto company can settle the lawsuit by requiring a non-disclosure agreement. This happens even in countries like the U.S. that have a robust recall procedure.

While the system of torts should be enough of a deterrent, recalls are quite expensive. In some cases, the recall can cost more than settling even ten, twenty, or one-hundred personal injury lawsuits. So the way the math works out, it’s cheaper to pay off wrongful death claims than pay for a recall. Companies that have taken that position in the U.S. have been destroyed in our system of torts. The tort system works only after death or injury has occurred. By then, we’ve already lost control of the situation.

The Coral Gables tire defect attorneys at Halpern, Santos & Pinkert represent the interests of injured plaintiffs in lawsuits against car and auto part manufacturers. Call today to schedule a free consultation and discuss your situation in more detail.