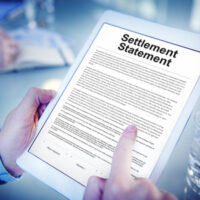 Honda will pay $96.5 million to settle lawsuits brought forth by attorney generals in 46 states across the U.S. The probe was related to defective Takata airbags that had a propensity to explode in humid climates, injuring or killing passengers and drivers. Takata was an example of the dark side of the auto industry. The company knew about the defective airbags early on, yet did not issue a recall or warn customers. Instead, they allowed several more to die while quietly settling lawsuits under seal.

How Was Honda Complicit?

The Takata airbag situation took down a lot of car companies and Honda was among the companies that contracted with Takata to produce airbags. Probes and investigations were initiated to determine what Takata and Honda knew and when they knew it. The question that everyone wanted answered was whether or not Honda knew about the defective airbags while still selling cars off their lot to potential customers.

The probe concluded that Honda failed to warn regulators or customers about the dangerous defect. In cases where the airbag ruptured, there was a chance of explosion causing metal shrapnel to fly in the face of the driver or passenger. These airbags were responsible for 14 deaths worldwide, while over 200 people were injured.

These injuries were severe. Essentially, they took an explosion to the face when the airbags deployed. The ensuing lawsuits became one of the most notable examples of auto manufacturer malfeasance in the history of commerce.

The settlement doesn’t appear to force Honda to admit that they knowingly sold vehicles with defective airbags but requires them to pay nearly $100 million to reimburse states for investigations they undertook on behalf of injured drivers. In addition to the reimbursement, Honda has agreed to alter the way they handle airbag safety moving forward.

What happens to a company that knowingly sells defective airbags to customers? Well, much like a regular person, it’s essentially executed. Of course, Takata was a Japanese company, not an American company. The U.S. government tends to be more protective of U.S. companies than they would a foreign company.

Nonetheless, Takata pleaded guilty to fraud for deceiving several automakers, including Honda, concerning the safety of their airbags. They were forced into bankruptcy to repay both injury victims and customers alongside fines imposed by various governments. Their assets were placed into a trust and then disbursed to victims. Takata now exists as a small shell company that gives money to victims.

Honda and other automakers were victimized by Takata as well. However, they were liable under U.S. law since it was their company’s product that injured its customers. Even U.S. automakers faced substantial losses due to the airbag fiasco.

If you believe that a defective auto part caused or contributed to your injuries, call the Coral Gables tire defect attorneys at Halpern, Santos & Pinkert today to set up a free consultation.