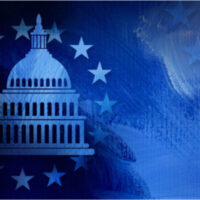 A new bill drafted by two house Democrats will prevent the General Services Administration from selling recalled vehicles to the public. This should shock the moral bearings of every American. The fact that a government agency was allowed to sell recalled vehicles with dangerous defects to the American public without consequence is, frankly, shocking.

Below, we’ll discuss this situation in more detail.

What is the GSA?

If you’ve never heard of the GSA, you’re not alone. The General Services Administration provides support services to federal agencies. Their basic mission statement is to secure office space, office equipment, and other supplies to federal offices. Additionally, they recommend cost-cutting strategies to reduce spending and waste. In other words, most people in the public have never heard of the organization and have no idea what it does.

As part of their duties, the GSA procures vehicles for the federal government’s fleet. In 2009, under the direction of Barack Obama, the GSA purchased millions in energy-efficient vehicles to help defibrillate the auto industry. In the process, the GSA sold off a lot of their older vehicles and continues this practice today. These vehicles are auctioned to the public.

However, the GSA never made any effort to check to ensure these vehicles were safe to drive. Somehow, these vehicles ended up with dangerous defects that should have been addressed by the manufacturer years ago. In many cases, they were, but the owner still has the responsibility to take the vehicle to the dealership to have the defective part replaced. In this case, the government was selling these dangerous and defective vehicles second-hand, and to make matters worse, it took an act of Congress to stop them.

How Bad Does it Get?

The GSA sells nearly 30,000 vehicles a year, replacing them with newer models. Since these vehicles are owned by the federal government, no one has a personal stake in the money invested or the condition of the vehicle. Recalls issued throughout the past few decades have been largely ignored by the agency even as it imperils their own workers. The Center for Auto Safety estimates that as many as 20% of the vehicles sold by the GSA had unrepaired problems that were the subject of recalls. These dangerous vehicles were then sold to an unsuspecting public at auction.

Is the GSA Liable?

No. The GSA warns potential purchasers that their vehicles may have open recalls prior to selling the vehicle. It also would likely force any buyer to sign a liability waiver. Further, while you can sue the federal government under the Federal Tort Claims Act, the government limits its own liability in these cases, meaning that catastrophic accidents are not proportionally compensated.

If you’ve been involved in an accident in which a defective auto part played a critical role, call the Coral Gables tire defect attorneys at Halpern, Santos & Pinkert today for a free consultation and to discuss the accident with someone who can help.