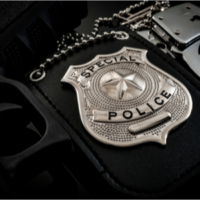 Yes, tire blowouts are dangerous, even potentially fatal. A Miccosukee police officer lost his life after his cruiser suffered a tire blowout on Interstate 75. Officer Horacio Sebastian Dominguez lost control of his police cruiser after the rear tire blew. The cruiser rolled over several times before coming to a stop on a median. Dominguez was pronounced dead at the scene.

Dominguez was a former Marine who had recently retired as a staff sergeant with the National Guard. Dominguez then joined the police force. He left behind a wife and young daughter.

No Other Vehicles Involved

The crash was a single-car crash and the reason for the tire blowout is not immediately known. However, police officers are not generally responsible for servicing their own vehicles or ensuring the safe operation of these vehicles. Inspections should be performed on a routine basis to ensure that tires are not low or there aren’t other safety concerns with the vehicle.

In this case, the tire will provide the best evidence as to how the blowout occurred. Generally speaking, Florida Highway Patrol conducts investigations into these types of accidents. The tire will become the star witness in their final report.

Why Did the Tire Blow?

We can’t say for certain how the tire blew, but there are a number of likely possibilities. These include:

Tires aren’t supposed to blow out at random. When that happens, it is often the result of a manufacturing defect in the tire. In those cases, a lawsuit can be filed against the manufacturer. If they are at-fault for manufacturing a defective tire, then you can recover damages related to your injuries. Call the Coral Gables tire defect attorneys at Halpern, Santos & Pinkert today to schedule a free consultation and allow us to begin investigating your accident.