Will the NHTSA Take Action Against Goodyear? 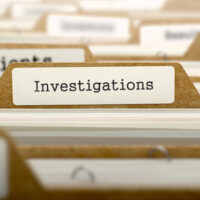 Goodyear is now under investigation after several years of complaints filed against the company over its G159 tire. Goodyear maintains that the tire is safe to use on motorhomes, but its failure rate seems to indicate otherwise. The tires were first manufactured for urban delivery vehicles that operate in stop-and-go traffic. It was then marketed to RV owners in order to expand the market for the tire and that’s where it began running into problems.

The G159 has a tendency to overheat when use requires that it remain active for long stretches of time at high speeds. The NHTSA, which handles consumer complaints when it comes to defective auto parts, recently announced that they have opened a federal investigation against the company. The big question that will need to be answered is whether or not Goodyear lied to federal authorities and whether they blackholed information related to their tire’s safety.

Did Goodyear Have Information That Could Have Saved Lives?

The biggest question surrounding the G159 investigation is whether or not Goodyear had internal documents indicating that they knew that the G159 was unsafe for motorhomes. Goodyear stopped selling the G159s to RV owners 15 years ago, but was fined over $2 million for failing to turn over some documents during discovery that could have helped a plaintiff in a lawsuit against them.

If the NHTSA determines that Goodyear intentionally kept information from the public that could have saved several lives, Goodyear could face fines of over $100 million alongside federal oversight.

The Goodyear case is similar to the Takata airbag scandal, only in some ways its worse. The Takata airbags that sunk the company were prone to exploding in the faces of drivers in certain kinds of climates. Takata hid the information from the public and quietly settled several of the lawsuits against them under seal, swearing plaintiffs to secrecy. But then more and more drivers were severely injured or killed by the airbags and eventually, the public became aware that the company knew its airbags were defective and left them in the stream of commerce where unsuspecting drivers purchased them and died.

Takata was eventually bankrupted by the class action lawsuit that ensued. In cases where a company knows that their product is dangerous and fails to issue a recall, litigants against the company are awarded punitive damages—damages that are not meant to compensate the victim for any kind of loss but are meant to punish the defendant for their egregious negligence and failure to safeguard the lives of their customers.

Much will depend on how aggressively the NHTSA pursues their claims against Goodyear. If they do determine that Goodyear knew that the G159 was not suitable for motorhomes and sold them anyway, it could cost Goodyear millions.

If you’ve been injured in a tire blowout accident, the Coral Gables tire defect attorneys at Halpern, Santos & Pinkert can determine the cause of the tire blowout and file a lawsuit on your behalf. Call today to schedule a free consultation.